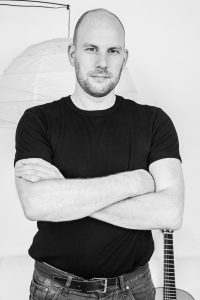 The creation of 3D scans

‘Maya’, as a noun in Hinduism, means ‘The production of an illusion’. I borrowed the name for a project regarding photogrammetry production: ‘Maya, A Digital Human Dream (ADHD)’. Multiple choice, it was actually a search for the right business model and leveraging of current technology: Game engines, 3D printers, Scanners, marketplaces.

I had just discovered 3d scanning techniques, but I wasn’t too sure what to expect when it came to marketing. For this reason, I consulted The Center of Innovation in Leuven and under the lead of Elke, I gathered some friends and entrepreneurs for a brainstorming session at Atlantis Building in the Harbor of Antwerp, kindly provided by David.

Every team member was to write their possible application for 3D scanning on large papers on the wall. We discussed these afterwards, but I can tell you: Today, I only use a fraction of what was written there. I focussed more on game engines as those were the obvious carrier of 3D Models and the equivalent of framing a photograph. I built a mobile full body scanner from replaceable cameras and flashes. I had a large case that went in the cargo hold of a plane, and I took the cameras with me on board. And last but not least, I started selling 3D Scans.

As a started my business, eventually called ‘Mark Florquin – The Holographer’, I did mostly 3D scanning jobs for mid-size to large companies. Popups, 3D printing Demo’s, Android Apps, more 3D printing… But after a while, as my catalog of online 3D models grew, I started contemplating the idea of going all in on 3D marketplaces. It was much safer, since there were 100’s of sales every month, making income very stable. One model can be sold on multiple marketplaces. So if a model doesn’t sell on one marketplace, a copy might perform better elsewhere.

In the beginning of 2022 I made the decision to close the one-man company and start a Ltd instead. I had been using the name ‘Polygonal Miniatures’ for a while now, so that was the obvious choice. It marks the end of the Mark the freelancer and the beginning of full time stock 3d model selling. You can check how things are going here.

I hope you enjoyed this article. See you in the next!